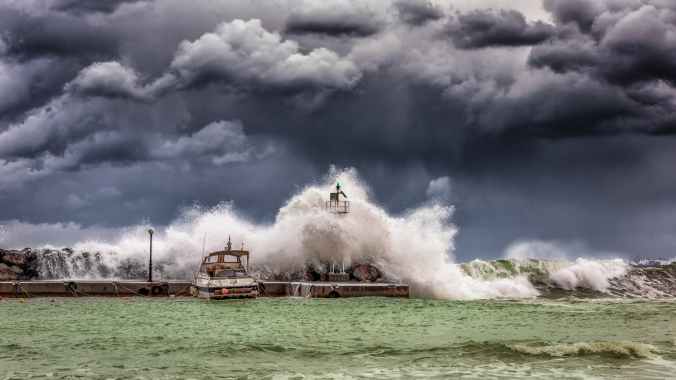 Photo by GEORGE DESIPRIS on Pexels.com

After what seemed like forever, I finally released An Uneasy Inheritance, Book 4 of the Kyrie Carter: Supernatural Sleuth series in August of this year. My original intention was to end Kyr’s series with Book 4 and then move on to other things for awhile.

But you know what they say about our best-laid plans.

As it turns out, even though Uneasy was and is quite the beast of a book (626 pages), it did not end where I wanted it to end, necessitating a fifth book. I know, some of you are cheering, while others are probably groaning.

This post is actually in reference to what comes after the KC:SS series–a YA series that follows the adventures of Spook and Kyr’s teenage children (yeah, there’s a spoiler for you), and Drac’s and Gabe’s offspring as well. The first story in that series will follow Spook and Kyr’s oldest son Declan as he travels to Pawley’s Island, South Carolina in search of the Gray Man. If you know anything about the Gray Man legend, you can probably guess that a hurricane will play a significant part of the story.

That being said, as this story is beginning to take shape in my mind, if not on paper yet, I’ve been listening to some songs that at least mention hurricanes, tornadoes, or storms in general. So just for fun, here are some of those songs.

I’m sure there are other songs out there with a similar theme, and I’ll be adding more songs as the story takes shape. What’s your favorite song that mentions bad weather? Let me know in the comments!

Our church had a potluck last night to celebrate the New Year. My sons did a violin duet for the first time.

Oh, the drama we had in getting those two onstage together! Arguments over the song choice, practicing, how to play the song, etc. And then because of the low humidity and extreme cold we’ve had here, their violins went out of tune, and the pegs began slipping.

I’d love for them to do this again, and be more prepared for their performance, but I’m not sure if our house could take it. 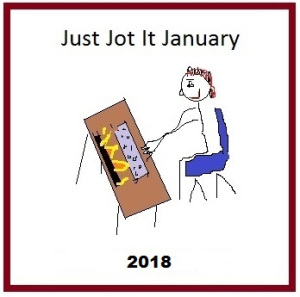 I’m seeing a lot of posts from friends, family, and fellow authors listing ten albums that in some way influenced you in your teenage years. I decided to hop on the bandwagon and create my own list, and for this post I’m going a step further and explaining a bit about why I chose each particular album.

Barry Manilow — Manilow Magic. This was the first LP I ever bought. This one comes in right on the lower edge of my teenage years. I’ve loved Barry’s music since I first heard “I Write the Songs” somewhere around third or fourth grade, and this was my first foray into fandom.
Favorite Song: All the Time
Culture Club — Kissing to Be Clever. Oh, how naive I was when I bought this one! Boy George fascinated me. I had no knowledge of homosexuality, cross-dressing, or anything like that, so I thought he was just a weird dresser with a powerful voice. I took a lot of flak from my parents and from quite a few friends for enjoying Culture Club’s music.
Favorite Song: You Know I’m Not Crazy
Duran Duran — Rio. I bought myself this album with my birthday money when I was 14 or 15. In all honesty, MTV really fueled my love for these guys. I loved the sometimes-weird and off-the-wall videos the band made, and I fell hard for John Taylor. My dad actually bought me the VHS of their music videos, something I’m sure he wouldn’t have done if he (or I) had known what was in some of the videos.
Favorite Song: My Own Way
Rick Wakeman — The Myths and Legends of King Arthur and the Knights of the Round Table. I heard this one for the first time when I was maybe 8 or 9. My brother came home from college with this one, and he let my other brother and me listen to it. I’d never heard of King Arthur at that point, but this collection sparked an early interest in the Arthurian legends that came to life in high school and college.
Favorite Song: Guinevere

Joan Baez — Baptism. One of my college friends had this among his collection. It was far different from anything I’d ever heard before. A lot of it was downright creepy, which always appealed to me, and some of the poems gave me nightmares.
Favorite Track: The Magic Wood
Stryper — To Hell With the Devil. Before MTV began playing Stryper’s videos, all Christian music in my eyes was made up of hymns and Southern gospel. It fascinated me that these songs could be taken in either a Christian or a secular context.
Favorite Song: Calling on You
Guns n Roses — Appetite for Destruction. This album was very popular during my freshman year of college. Hearing any of the songs from AfD transports me back to walking into Smith Hall on a Friday afternoon and hearing “Sweet Child of Mine” blasting from the Lambda Chi Alpha house.
Favorite Song: Sweet Child o’ Mine
Pseudo Echo — Love an Adventure. I kind of stumbled on this band when they remade “Funkytown.” It kind of bummed me out that they didn’t become bigger than they did, because I really liked their sound.
Favorite Song: Living in a Dream
Big Bam Boo — Fun, Faith, and Fairplay. This is another group that I wish had been more popular, because I thought they had a unique sound. One of their songs was featured in a local radio station’s new song competition, and as I recall, it blew the other song away.
Favorite Song: Fell Off a Mountain
Enya — Shepherd Moons. This one might actually be beyond my teens, but it still had a huge influence on me. I was in a period of spiritual questioning and was dabbling a bit in Wicca at the time. I was also very steeped in King Arthur and all kinds of other romantic poetry and fiction, and Enya’s music just fit right in.
Favorite Song: Marble Halls 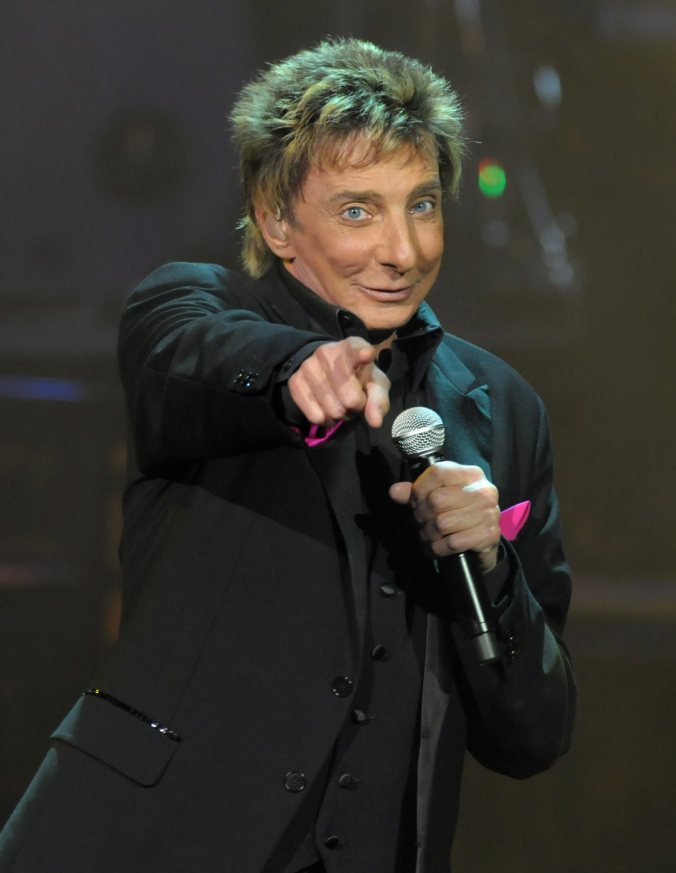 Well, no. Not really.

But something awful has happened, and I fear it’s all my fault.

Wait, let me start at the beginning.

I have loved Barry Manilow since I first heard “I Write the Songs” played by DJ Ron Drake on WHP-580’s Ducky Drake Morning Show sometime in the late 1970s or early 1980s. Then I heard “Mandy” and “Can’t Smile Without You” and so many other songs, and I was hooked. His Manilow Magic was the first record I ever bought, and I played it to absolute death. While my friends were swooning over Shawn Cassidy, Leif Garrett, and other teen heartthrobs, it was Barry Manilow that I wanted desperately to see in concert.

Lo and behold, he came to Hershey one year; I think I was nine or ten. I begged my parents to take me to see him. They refused, for all kids of reasons: It was a school night. It was too expensive. I can’t stand to look at him, let alone hear him sing for two hours. I don’t want you around the kinds of people that go to concerts–druggies and drunks and who knows what (Um, Dad, it’s Barry Manilow, not Metallica).

Needless to say, I didn’t go to that concert. Or any other concert.

Years passed, and I have missed so many other opportunities to see him, for many reasons. Money, work, school, health issues. It just never worked out, and I resigned myself to the fact that I will probably never see him live in concert. That thought became even more ingrained when he announced dates for his final concert tour.

Yesterday, I got a PM from a Facebook friend saying that Barry would again be in Hershey, as part of the final tour of his career. I decided to check it out, even though I knew I probably couldn’t afford tickets. I’m currently a stay-at-home mom, and my husband has to have surgery in a couple weeks, which means he’ll be out of work for six weeks. Money’s tight, and the tickets will probably be outrageously priced.

To my absolute shock, there were tickets available for under $20! I texted my husband to tell him about it. He texted back, “If you want to get tickets, you’d better get them soon.” Wait, WHAT?

Not one to look a gift horse in the mouth, I ordered tickets (in the nosebleed section, of course). As I stared at the tickets I had just printed off, I kept pinching myself. Was this really real? Was I really holding BARRY MANILOW TICKETS in my hand????

I called my best friend to tell her. She was so happy for me, but she quipped, “Is that why we’re getting freezing temperatures here in Florida?”

I joked back, “Yeah, I’ve always said, if I get tickets to see him, he’ll probably drop dead a couple days before the concert, and I’ll never get to see him.”

I know, I know. Awful thing to joke about in any situation. Now, imagine the heart attack I had this morning when this popped up in my Facebook news feed. All I could think was, “Oh no, now I’ve done it! If anything happens to Barry, it’s all my fault. I bought tickets, and the universe is smacking down my good fortune.”

I’m sure he will be all right. But it just makes me wonder…